ZERO : Europe for an Independent Inquiry into 9/11
On Tuesday 26th February, Euro-parlementarian Member Guilietto Chiesa invited his colleagues and the press to attend the screening and debate of the Italian-produced documentary named 'ZERO, an investigation into the events of 9/11'. Object of the film screening was to create political awareness of the faulty official investigation into the events by the 9/11 Commission. Which they feel is an instrument to create awareness and a means to provoke a political debate in Europe.


ZERO: An Investigation into 9/11, has one central thesis - that the official version of the events surrounding the attacks on 9/11 can not be true. This brand new feature documentary from Italian production company Telemaco explores the latest scientific evidence and reveals dramatic new witness testimony, which directly conflicts with the US Government's account.Featuring presentations from ; Gore Vidal, and Noble Prize winner Dario Fo, the film challenges assumptions surrounding the attacks. In the words of the Italian daily newspaper, Il Corriere de da Sera, "What results is a sequence of contradictions, gaps, and omissions of stunning gravity." The importance of this film can not be overstated. If its thesis is correct, the justification for going to war in Iraq is built on a series of outrageous lies.

The Full Length Film - (in english) 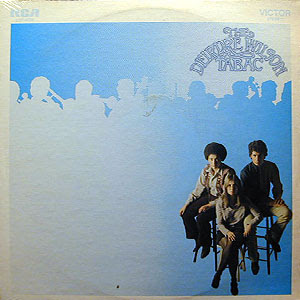 Originally released in 1970 on RCA records here`s the strangly named Deirdre Wilson Tabac`s 6/8 time jazz dance cut. Lifted from their LP which contained a great funky Beatles cover version of "Get Back".The rest of the LP is a mix of funky folk and rocky jazz tracks, but this is the stand out cut for me with its soulful haunting vocals, swinging hammond and stabbing horns, an amazing tune!...Bringing back memories of sunday afternoon sweatdowns at Dingwalls with GP in london during the mid 8T`s..recently given a re-released by Jazzman records....Hope you dig it! 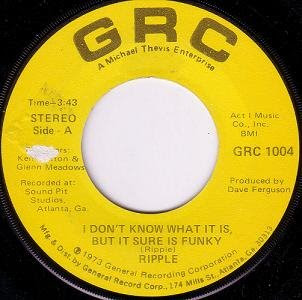 Pure, pure class and an absolute classic funky dance track on the rare groove scene in London in the late 7T`s & 8T`s as was their other rare groove monster "A Funky Song". Selected on numerous compilations since its original release in 1973 on the GRC label, such as 70's Funk 'n' Soul, Stone Cold Funk, Funk Soul Brothers, Jazzie B Presents Soul II Soul At The Africa Centre, The Original Rare Groove Selection and many, many more.....Enjoy!

Ripple - i don`t know what it is,but sure is funky (mp3 download)

Produced by Eddy Grant, (pictured above in a blond wig). Who as a young boy migrated from Guyana to North London. He formed and was the lead guitarist and main songwriter of the multiracial group, The Equals who had hits with "baby come back" and "black skinned blue eyed boys". Released on his own Ice label in 1976 this lovely slice of chu, chu, train intro funkyness. One of the best tracks Grant ever produced in my opinon and a club classic of the dancefloors of London, back in the day!.......Enjoy! 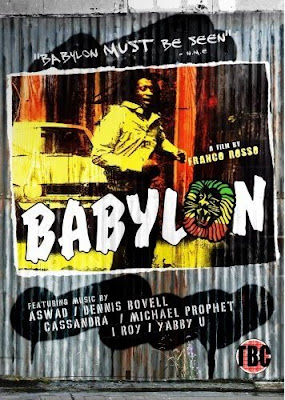 Based in London in the early 80`s, it tells the story of "Blue" played by Aswad founding member Brindsley Forde. Directed by Franco Rosso, Blue is the main man who fronts a reggae sound system based in west London. The movie captures the trials and tribulations of young black youths in troubled London in those days...With the installation of the "Milk Snatcher" at 10 Downing Street, causing fits of gloom around the country, with punk rock starting to make a noisy exit from the music scene to be succeeded by the mod and ska revival of the 2 tone and the contining sounds of disco..

Along comes Babylon, a potent mix of music and social commentary and an instant classic, akin to that other legendary reggae music film, "The Harder They Come" Starring the legendary Jimmy Cliff.
Associated producer and screenwriter Martin Stellman (Quadrophenia 1979) crafted a superb, truthful film that stands the test of time, more than twenty five years later.
The final scene, in which police raid the dancehall while Blue and the sound system defiantly plays on, is both frightening and euphoric!! 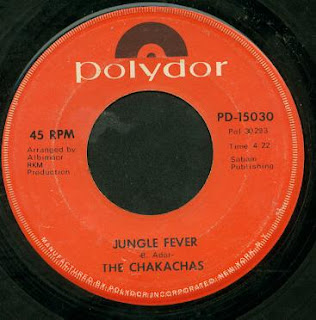 Well not exactly...Although i could elaborate on catching amoebic dystenry in India but i`ll refrain from that loose story for now....It is the names of two fine mid-tempo funky tracks by a band called Chakachas or Los Chakachas, as they generally played Cha-Cha, Salsa and Bossanova....The studio based band all came from Belgium and included Tito Puente's singer wife Kari Kenton...It was`t until the early 8T`s that i eventually found an original french/belgian "biram" label copy of "Stories" at a weekend Easter bank holiday flea market in Amsterdam, (That city was a religious pilgrimage every Easter for us in those days!) brought for the princely sum of 15 gilders!!..."Jungle Fever" sounded like the stuff you heard from 7T`s pornographic movies due to the heavy breathing sounds of female pleasure. Stories on the other hand is much rarer to find than Jungle Fever with a slightly more latin groove and whispering vocals...Although both tracks sound similar with that stop/start feel, they both actually stand alone as wicked tunes , but i`ll leave it up to you to decide which is best! 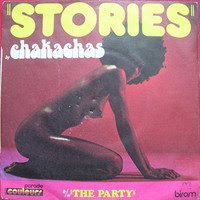 Jungle fever became the only hit for the band in '72 released on Polydor records. Because of the sexy murmerings it eventually lead the UK`s BBC to ban the record. It was also included on the soundtrack for the film "Boogie Nights"


Stories has been selected on a number of compilations, "Funk Jams IV", the Italian released "Mood Mosaic" and Soul Jazz Records "Barrio Nuevo" it also got a bootleg release in the 9T`s on the Rare Funk vol.2 compilation.

And for an added bonus here is Cynthia Richards one of the queens of jamaican reggae with her 1974 jamrock version. Avalilable on the Trojan 35th Anniversary Box Set. 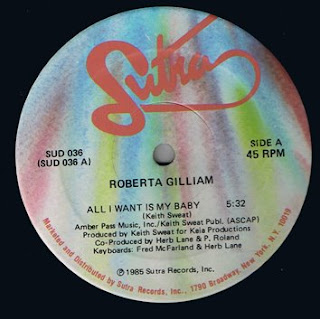 A quick post to get back in the swing of things. A couple of steppers for you the first Produced by Keith Sweat on the New York label 'Sutra' in `85, this was a absolute monster on the London soul & funk dance floors of the 8T`s. Ms.Gilliam never made an album but sung on numerous tracks for different producers...including the 1991 track 'workout' with the Chicago house legend that is Frankie Knuckles.
Soulful sweetness!

And lifted from the 'Chasing a Dream' Album..this has a more upbeat mood and there is more of a flavour of the heavy bass beat and synth sound of the 8T`s. Produced by Russell Simmons the creator of the hip-hop label Def Jam Recordings

All download files offered on mytea@om are for promotional purposes only and to inspire others to go buy the artists material. Any legal eagles,artists or labels out there representing material posted who object please contact me at myteaatom[at]gmail[dot]com and the files will be deleted immediately.

“Nothing is original. Steal from anywhere that resonates with inspiration or fuels your imagination. Devour old films, new films, music, books, paintings, photographs, poems, dreams, random conversations, architecture, bridges, street signs, trees, clouds, bodies of water, light and shadows. Select only things to steal from that speak directly to your soul. If you do this, your work (and theft) will be authentic. Authenticity is invaluable; originality is nonexistent. And don’t bother concealing your thievery—celebrate it if you feel like it. In any case, always remember what Jean-Luc Godard said: “It`s not where you take things from—it’s where you take them to.” ” Jim Jarmusch - The Golden Rules of Filming